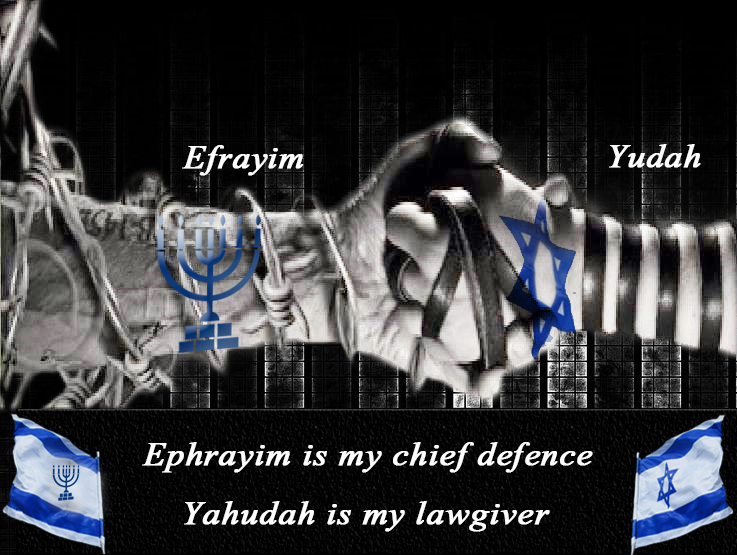 Bet Yisrael International comes soon up with the Creation of a National and Refugee Fund under the leadership of Mashiach ben Yosef.

Functions of a National Fund:

One in the nation’s (Torah University in Hyderabad, India)

one in Israel ( Embassy in Jerusalem)

True identity of “A stick of Yosef” – Form a Nation of Efrayim from all the nations includes gentiles in diaspora outside eretz israel.

Note: ‘will not ‘overrun’ Israel but is waiting for Yehuda’s ‘invitation’ to unite…..’

As it is Written: Isa 11:11-16 And it shall be in that day that יהוה sets His hand again a second time to recover the remnant of His people who are left, from Ashshur and from Mitsrayim, from Pathros and from Kush, from Ěylam and from Shinʽar, from Ḥamath and from the islands of the sea.12 And He shall raise a banner for the nations, and gather the outcasts of Yisra’ĕl, and assemble the dispersed of Yehuḏah from the four corners of the earth.13 And the envy of Ephrayim shall turn aside, and the adversaries of Yehuḏah be cut off. Ephrayim shall not envy Yehuḏah, and Yehuḏah not trouble Ephrayim.14 But they shall fly down upon the shoulder of the Philistines toward the west; together they plunder the people of the east, their hand stretching forth on Eḏom and Mo’aḇ, and the children of Ammon shall be subject to them.15 And יהוה shall put under the ban the tongue of the Sea of Mitsrayim, and He shall wave His hand over the River with the might of His Spirit, and shall smite it in the seven streams, and shall cause men to tread it in sandals.16 And there shall be a highway for the remnant of His people, those left from Ashshur, as it was for Yisra’ĕl in the day when he came up from the land of Mitsrayim.

Isa 11:13 And the envy of Ephrayim shall turn aside, and the adversaries of Yehuḏah be cut off. Ephrayim shall not envy Yehuḏah, and Yehuḏah not trouble Ephrayim.

You will be for me a Kingdom of priests and a holy nation. These are the words you are to speak to the Israelites – Exodus 19 : 6

But you are a chosen people, a royal priesthood, a holy nation, Most High Special possession, that you may declare the praises of him who called out of darkness into his wonderful light – I peter 2 :9

“All of Israel” (the entire twelve tribes) cannot be saved unless they are all brought back into a unity (echad). Although Scripture says that Most High is echad –Deut 6:4

And as many as order their lives by this rule, shalom upon them and mercy and upon the israel of Most High – Gal 6 : 16

The Malbim explained the above verses that we have just read from the 37th chapter of Ezekiel in the following manner:

[Ezekiel 37;15] “He [the Prophet] was commanded to take one stick and to write upon it, these words, ~FOR JUDAH AND FOR THE HOUSE OF ISRAEL, HIS COMPANIONS~, [this stick] represented Judah and those [others] joined unto him from the Children of Israel, such as the Tribe of Benjamin, and the Sons of Levi, and the rest of the people who had attached themselves to Judah.

[And he goes on in Ezekiel] “~And he took another stick, and he wrote upon it, these words: ~FOR JOSEPH, THE STICK OF EPHRAIM, AND FOR ALL THE HOUSE OF ISRAEL, HIS COMPANIONS~, [this stick] represents Joseph who was the source of the tribe [of Ephraim]. From Joseph developed the Kingdom of Ephraim which began with Jeroboam, and therefore [the stick of Joseph] is [also] termed, ~THE STICK OF EPHRAIM.

Ezekiel says: ~AND ALL THE HOUSE OF ISRAEL~, for unto him [unto Joseph] were joined all of Israel which belong to the Ten Tribes…

The KJ version of this verse (Ezekiel 37;19) that the Malbim is referring to has it translated as: “[Ezekiel 37:19] SAY UNTO THEM, THUS SAITH THE LORD GOD; BEHOLD, I WILL TAKE THE STICK OF JOSEPH, WHICH IS IN THE HAND OF EPHRAIM, AND THE TRIBES OF ISRAEL HIS FELLOWS, AND WILL PUT THEM WITH HIM, EVEN WITH THE STICK OF JUDAH, AND MAKE THEM ONE STICK, AND THEY SHALL BE ONE IN MINE HAND.

In the original Hebrew the verse could be understood either way. At all events, The MALBIM understands the Hebrew as saying that Judah will be put on (attached to) Joseph (and therefore will be at first of secondary “attach” status importance to Joseph.

In Genesis chapter 44 it is related how the brothers sold Joseph. Joseph later had become the virtual ruler of Egypt. Meanwhile the Land of Canaan like the Land of Egypt was stricken with famine. The brothers of Joseph went up to Egypt to buy grain. Joseph recognized his brothers but the brothers of Joseph did not recognize him. Joseph forced his brothers to go back to Canaan and eventually return accompanied by Benjamin the younger brother of Joseph by the same mother. Joseph then framed Benjamin and made Benjamin look like a thief. Joseph threatened to keep Benjamin as a slave. Judah stepped forward and approached Joseph and pleaded on behalf of Benjamin. Judah offered to serve as a slave instead of Benjamin. The Commentators say that because Judah took responsibility for Benjamin Judah merited to be given Messianic responsibility as part of his Tribal Destiny.

From Judah emerges the House of David and the future Messiah.

Gen 44:18 And Yehuḏah came near to him and said, “O my master, please let your servant speak a word in my master’s hearing, and do not let your displeasure burn against your servant, for you are like Pharaoh.

The Messiah son of Joseph will be the leader of the Lost Ten Tribes.

A few points concerning the MESSIAH SON OF JOSEPH that are to be found in the book “Kol HaTor” (“The Voice of the Turtledove” in Hebrew). This book is a collection of the sayings of a great and famous Rabbi (Eliyahu of Vilna) and his followers in the eighteenth century. The book deals with the MESSIAH SON OF JOSEPH. Rabbi Elyahu of Vilna is considered to have been one of the greatest Rabbis of all time. The ideas in this book “Kol HaTor” are all based on Biblical or related sources.

Our Prayers Are Needed:

[Ezekiel says that] First the two sticks will become one in your hands and afterwards they will be one in my [God’s] hand.” [i.e. This means that: First Judah and Joseph should try to join together from below and afterwards God will help them from above].

On the same theme: “Kol HaTor” emphasizes The Two Sticks (representing Judah and Joseph) Must be Joined Together through Our Initiative!

At first the union [of Judah with Joseph] comes about through arousal from below by way of nature [through our actions] as it says, “Join them one to another into one stick.” And afterwards [the re-union is confirmed] in a miraculous manner, [through the hand of God, as it says in Ezekiel “they shall become on in Your hand” meaning they shall become re-united in the hand of God!

Children Singing on the event

Awakening And Connecting To Israel From India
New

My Jewish Brother , Ariel from Jerusalem – Blessings for Lost Sheep of IsraelNew